A Mixed Bag of Emotions

Well, our bellies are still stuffed with hamburgers and hot dogs from Memorial Day Weekend barbecues, but we’re lookin’ ahead to National Donut Day which is conveniently celebrated on the first Friday of June. While you mentally prepare for which flavor donut (and what toppings) you are going to partake in, we’ve got another type of treat for you! This week on the Junk Food Blog, we’re discussing what in the world is going on with Tiger Woods, the mixed messages coming out of the G7 Summit, and the bright spotlight following Jared Kushner around. We’ve also got the other ridiculous news that you should probably know about like Kathy Griffin’s new pic that the internet will have her head for, and fidget spinners. What are you waiting for? Indulge a little!

Okay, what in the world is going on with Tiger Woods? The dude has gone from 0 to 60 and launched himself right back into the headlines faster than you can say “hole-in-one.” Last week, Tiger announced that after back surgery numero 4 he is “unequivocally” planning to play professional golf again. That’s great; who doesn’t love a good comeback story, right? But nothing throws a wrench in a good ol’ fashioned comeback story like a DUI does. Paris Hilton knows the feeling. Early Monday morning, Tiger was arrested on suspicions of driving under the influence. Womp, womp, womppp. The golf pro claimed there was no alcohol involved and instead blamed his prescription medications; all of this was later confirmed by the BAC breathalyzer test results. Get all of the details on this, here.  After that, can we all just get back to the NBA Playoffs and Stanley Cup Finals?

WATCH: How Did The G7 Meetings Go?

Mixed messages. What you get when you Google “Area 51,”  and what you also get if you ask the US, Germany, and France on the productivity of the G7 meetings. President Trump returned from his first foreign trip assuring everyone that the US has “great bonds.” Our German and French friends had slightly different takes. German Chancellor, Angela Merkel, said that although the relationship between the US and the EU is important, Europe can no longer “fully count on others.” On the French side of things, President Emmanuel Macron had the opposite of a dead fish handshake with President Trump, and later said that the handshake was “not innocent” and that, “you have to show you won’t make small concessions, not even symbolic ones.” If all of this is making you feel like that thinking face emoji, then watch this video to learn more. 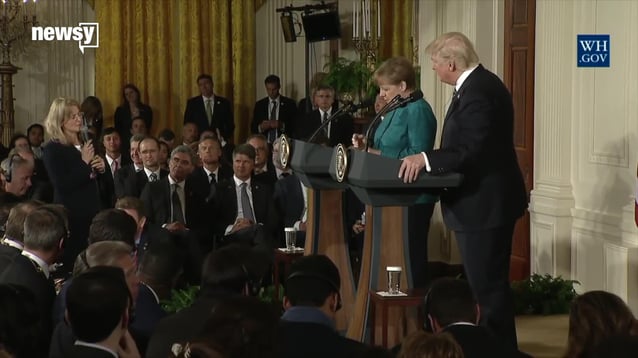 He went to Jared. What every girl thinks when she lays eyes on her engagement ring, or what Putin might have done during the US election. That’s right, we’re nyet done talking about Russia, and probably won’t be anytime soon. Last week, we learned that Jared Kushner (Ivanka’s husband and Trump’s senior advisor), has the spotlight on him in the Russia investigation. New evidence has come to light of Kushner suggesting a secret line of communication between Trump’s campaign team and the Russian government. This is kind of a huge deal since the White House has been working to dismiss the Russia investigation. Don’t think that will be happening anytime soon. Get the details on the Jared Kushner story, here.

In other ridiculous news that you should probably know about…

Kathy Griffin channeled her inner Joffrey Baratheon on Tuesday afternoon, posting an image of her holding a very bloody, decapitated head that closely resembled President Trump. The shocking image had the internet up in arms, and slinging twinsults (twitter insults) left and right. Watch more on this, here. 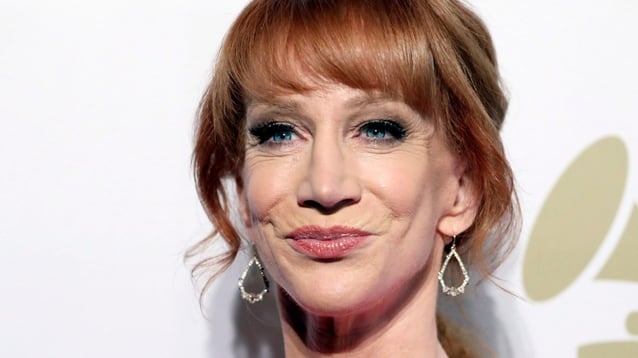 Chances are you’ve started seeing these “fidget spinners” pop up everywhere, and at one point asked yourself, “what are those?” Well, we feel you. We had the same question, so we decided to compile a bunch of videos to help educate you! You can learn about them with the team at TYT, here. Or, if you’re like us, and prefer to hear reviews from other people, you can watch the staff at TIME review them, here. And if after all of that, you’re still jonesin’ for more, you can watch what this parrot thinks of fidget spinners.