While most of you may be sad that the 4th of July holiday weekend has come to a close, we are absolutely enthralled by this next batch of videos we’ve got for ya, and can’t wait to share them! And, because it’s a short week, we’re following suit and giving you a mini Junk Food Blog post this week. Curious what North Korea’s been up to? We’ve got an update for you. In the mood to solve the mystery of Amelia Earhart’s death? Join the club, and check out the video that might help!

Ballistic. My dog during the fireworks show on the 4th of July, and North Korea’s missile on the 4th of July. Americans weren’t the only ones with their eyes to the skies this past Tuesday. Kim Jong Un (North Korea’s leader) also did, as he tested out an intercontinental ballistic missile that could of reached as far as Alaska. This was the first time that North Korea has tested a missile that can go this far, making it kind of a really big deal. Queue goosebumps. Click here, to get the details on this story. 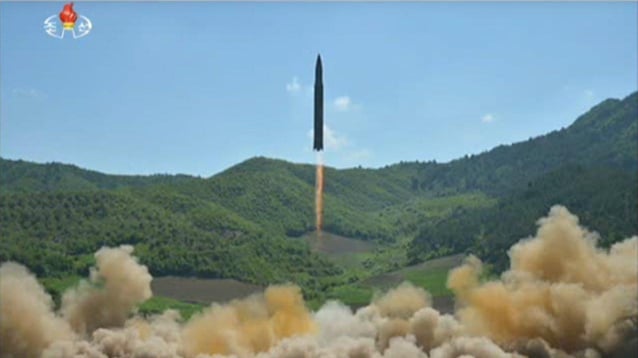 Everyone loves a good mystery. TV shows like CSI, podcasts like Serial; it’s what some of us live (and die) for. It’s why you’re going to love this next video. Remember Amelia Earhart? She was casually the first female aviator to fly solo across the Atlantic ocean. She also disappeared on July 2nd, 1937 and was rumored to die in a plane crash. Her death has been a mystery that no one has been able to crack. Fast forward a quick 80 years and a photograph has surfaced that has everyone taking a double, triple, and quadruple take since it might suggest she actually survived her final flight. HOLY SMOKES is right. Watch more on this, here.