This Week in the News on XUMO

This week on the Junk Food Blog, the headlines say it all. No hilarious videos of President Trump’s Ultimate March Madness Bracket or Grandma selfies—although we have those, too (check out the Funny or Die and FailArmy channels on XUMO)! Instead, we’re highlighting some pretty weighty news breaking this week and XUMO wants to make sure you have the information you need to understand what’s going on, formulate your own opinions, and then hide under the covers if that’s your choice (no judgment!). We’ve got the UK formally beginning the Brexit process, the NSA Director addressing allegations from President Trump that he was spied on by the UK, the FBI Director addressing allegations from President Trump that the President Obama administration spied on him, and Tom Brady’s stolen football jersey (valued at $500,000 and located thanks to the help of about $100 million in taxpayer resources). This is important stuff, and it’s all on XUMO. Happy Monday, everyone!

Brexit is real. Brexit is happening. The process begins March 29. And now the UK gets it’s opportunity to play the part of the scorned lover with the power to take vengeance. Will they be kind, gentle and tender during the breakup? I’m going to go with a big fat NO on that one. But, hey, maybe they will rise above and look for the best possible end result for all involved. If not….LLLLLLLLLLLLLLET'S GET READY TO RUMBLLLLLEEEEEEEEEE! To learn more about how this will all begin to unfold on March 29 and where the proverbial dominos might fall, click here to watch it on the Veuer channel on XUMO. 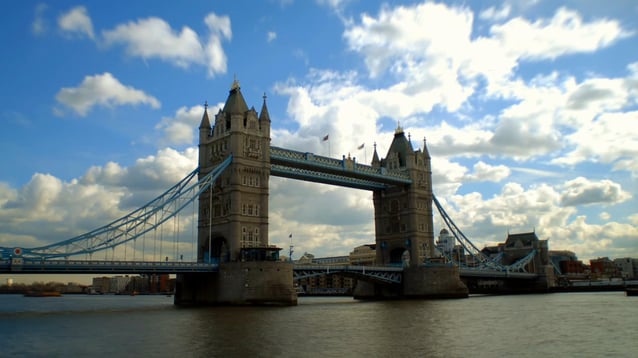 Our relationship with British intelligence is arguably the strongest relationship the US has with any foreign service. Politically, the British are arguably our closest allies. It is inarguably illegal to ask a foreign country to spy on an American citizen. Simply put—this allegation is a big deal and it needs to be addressed. If the UK did spy on then presidential nominee Donald Trump, the fallout will impact global relationships and alliances in previously inconceivable ways. If it isn’t true, then this is the kind of fake news and fear mongering that can cause real damage to our society and destabilize the world as a whole. Either way, it’s important to hear what NSA Director Rogers has to say on this subject so we all know where the US intelligence community stands on the subject. Learn more by watching this video on XUMO’s Bloomberg channel.

What do the New England Patriots, Houston Police Department, Texas Rangers (the law enforcement group, not the baseball team—I know, the lines are getting blurred here), Texas Lieutenant Governor and FBI all have in common? I’m so glad you asked. This, my friends, is a collective of individuals and organizations displaying a tremendous amount of synergy and focus to achieve something important for our country and utilizing national resources to get it done. No, they aren’t fixing healthcare, or taxes, or immigration, or…let me just stop you right there because you aren’t even close. They’ve found Tom Brady’s Super bowl jersey. Check out the story now on the Newsy channel because, let’s be honest, at this point we’ve heard so much about this jersey we’d all like to know how this thing is going to be resolved. Then, let’s collectively take solace in the fact that this can finally be over and the Texas Lieutenant Governor can get back to…really anything other than finding a football jersey. 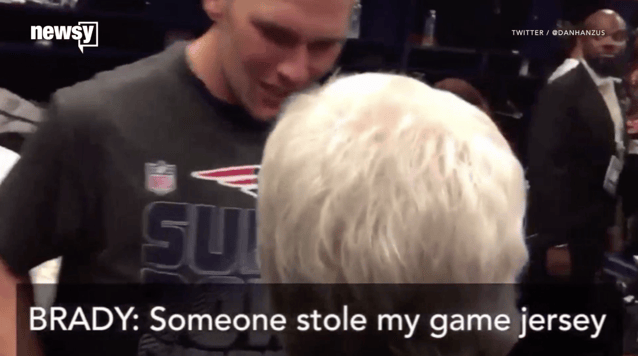 Well, you can’t put the genie back in the bottle—or maybe you can. I have had very limited genie interaction and would not presume to know your genie-taming skills. Nonetheless, as soon as President Trump sent out that fateful tweet alleging the Obama administration wiretapped Trump Tower, you could feel the country moving to opposite sides of the argument. Whether you dismissed the claim out of hand or took it as the gospel truth, there’s a good chance anything FBI Director Comey says won’t change your mind at this point. However, there’s always value in at least hearing what our intelligence community has to say so take a few minutes to watch something that really matters today and check out this video from TIME broadcasting Director Comey’s remarks on the allegations. 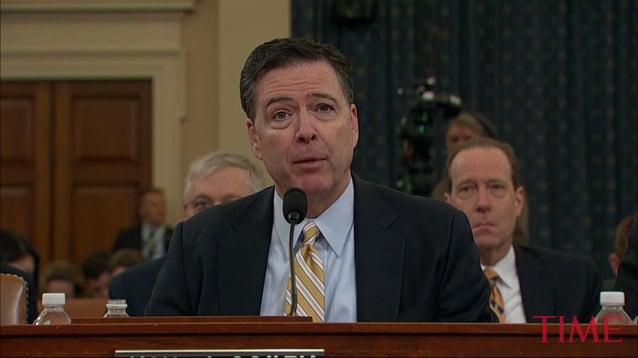